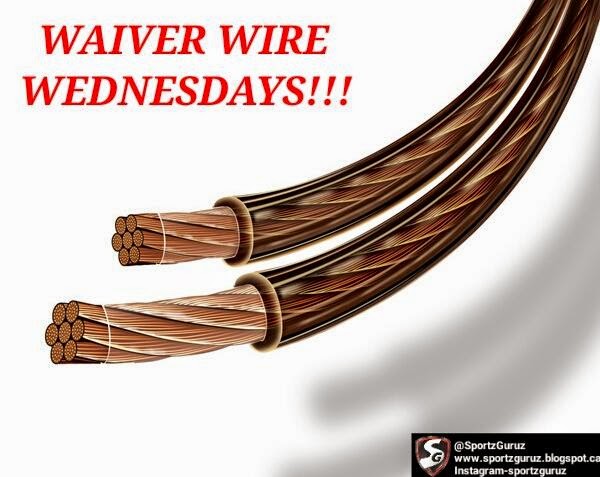 Welcome to this week's installment of #waiverwirewednesday
This is Week 15, and it's either the 2nd round of the playoffs for you (real fantasy football leagues), OR It's the first round of the fantasy playoffs for you (gross 4-team playoff leagues).
In either case, checkout what the @SportzGuruz have put together for your wire considerations
Goodluck to you all, and may the Fantasy Football Gods Forever Be In Your favour 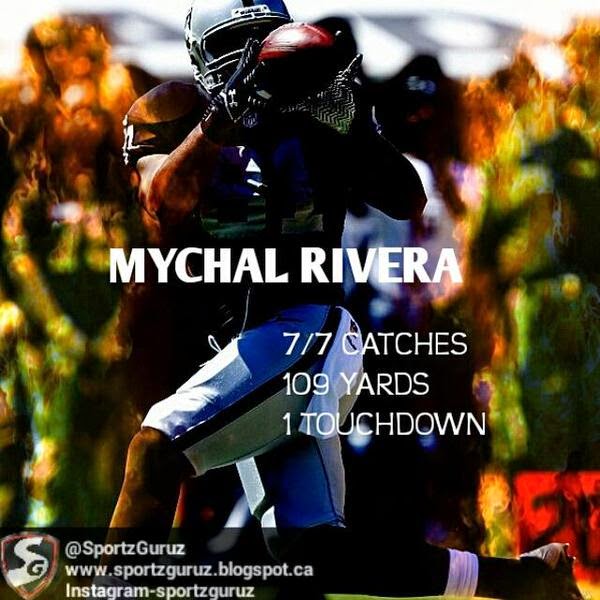 Well here we are again, back to the muddy situation that has become the Oakland Raiders offense this season. David Carr has at times looked like a stunning rookie quarterback poised for greatness, and at others has looked utterly lost on the field, with no command of anything whatsoever. This constant inconsistency makes using any Raiders offensive player for fantasy purposes very tricky, but if there is one receiver you might find solace in, it would have be tight end Mychal Rivera. He first appeared in #waiverwirewednesday a few weeks ago, but went quiet with Carr's lack of production shortly after posting only one more big game. It seems that whenever Carr's game is on, he targets Rivera hard and often, getting the ball to him with no trouble at all. Rivera is a risky play, but clearly has the potential to gain you 15+ points on any given Sunday. Look to add him in 74% of standard leagues, especially if you have an ailing tight end, at least as a handcuff. 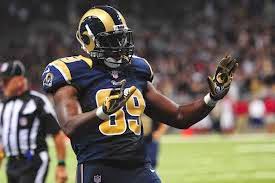 Here's yet another offense we here @SportzGuruz usually like to avoid, but if your hurting really badly at the tight end position, then you might want to look Cooks' way. Over the last 4 weeks he has been targeted a healthy 20 times, divided into 5-9-1-5, with two weeks ago being the 52-0 drubbing by the Rams over the Raiders, where the Rams used a heavy running game after they got out to a big early lead. When playing in a normal scoring game, Jared Cook is very much apart of the Ram's game plan, and is a medium floor low ceiling play. He's only owned in 30% of standard leagues, and should grab you 6-8 fantasy points per week going forward. 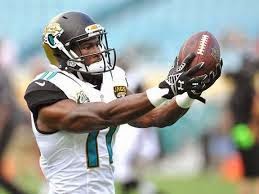 So only 4% of you fantasy football players listened to us last week, bumping Lee's ownership up form 1% to a whopping 5%!!! Hahaha, but seriously, last week Lee was featured in our #waiverwirewednesday playoff edition, and proved us RIGHT this past week by catching 5 of 8 passes for 67 yards. A good fantasy day of about 9 points depending on your league settings, and may have very well been the difference maker in your match-up! Well if you made it out of round 1 alive, or if your in a stupid 4-team playoff league, then look to pick up Marqise Lee across the board. He has now clearly emerged as one of Bortles favourite go-to targets, and should continue to see consistent use and passes. We @SportzGuruz expect him to continue to net fantasy owners 10+ fantasy points from here on. 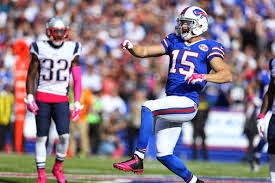 We featured Chris "The Hulk" Hogan in our #waiverwirewednesday a few weeks ago, but hes since sizzled down a little, casting him back to the shadows until now. Over the last 5 games, Hogan has scored 10+ fantasy points in 3 of them, and under 7 points only once. Over that span he's been targeted 32 times, hauling in 21 of them for 198 yards and 2 touchdowns, very respectable numbers. As long as Kyle Orton is leading the offense, it looks like Hogan will be a viable fantasy option at the wide receiver position, look to scoop him up in nearly all leagues, as his availability is 99%. 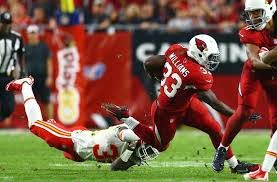 Andre Ellington has been placed on season ending IR, and the Cardinals are now desperate as they were already playing with a backup quarterback in Drew Stanton. There were three healthy, potential starting running backs that could have taken Ellington's place, but it seems as though the least expected, Kerwynn Williams who has run away with the starting gig. He really outplayed both Grice and Taylor on Sunday, and whether he's announced as the starter or not, will most likely get the majority or work and score the most fantasy points of the three. Look to add him in 15% of standard leagues, primarily as a grab and hold, make sure he cements himself as the starter before you play him with any confidence.

AVOID AT ALL COSTS:

KAMAR AIKEN-WR-RAVENS:
His 6 catches on 7 targets for 65 yards and 1 touchdown can be ignored as Torrey Smith will be good to go this week. Do not look Aiken's way, there are much better WR options, just scroll up ^.

JARIUS WRIGHT-WR-VIKINGS:
His total yardage of 123 can be ignored as he was only targeted 4 times and had one catch go for a whopping 87 yards on completely blown coverage. Pass over Wright as you would the pre-made breakfast sandwiches at gas stations.

COLE BEASLEY-WR-DALLAS:
He never gets more then 3 or 4 targets, and is a distant fourth on the depth chart behind Bryant, Murray, and Witten. Do not add Beasley, and do not add Terrence Williams should he become available, both are useless for fantasy purposes this season.