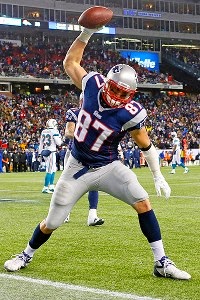 As per usual, Gronk spike, Gronk get top spot on pole, Gronk happy, Gronk rinse and Gronk repeat. Haha, but seriously, Gronkowski has been an absolute beast this season, and as long as he stays healthy, should continue to retain the top spot on our rankings list. Expect a guaranteed 15+ fantasy points from the caveman like receiver who runs through people rather than around them. Next up we have the equally huge Martellus Bennett, who had a humongous game last week scoring 18-21 fantasy points depending on your settings. Now with Brandon Marshall out for the rest of the season...
Bennett's stock claims ever higher, easily drawing him into the top-3 on our pole. Start him across the board with 100% confidence. The last guy I want to talk about is Julius Thomas, who has finally been practising normally all week long. Julius provides Peyton Manning with a huge, strong, reliable inside Redzone target and will no doubt slide back into his previous role perfectly. The real question surrounding Julius is whether or not he's actually healthy, or if he will just be used as a decoy similarly to how Megatron was used for the few weeks before the Lion's bye week. The Broncos also seem to be using the run game much more heavily the past few weeks, so we might see a general total drop in passes, meaning Thomas's point production will obviously suffer. If it's announced that Julius Thomas is less than 100%, he falls outside our top-10 on the pole. Take a look below for where the rest of the tight ends this week fall, and hopefully we can help you win your matchup this week in your fantasy playoffs! Remember you can ask the Guruz any fantasy sports related questions on twitter @SportzGuruz
Goodluck, and May The Fantasy Gods Forever Be In Your Favour 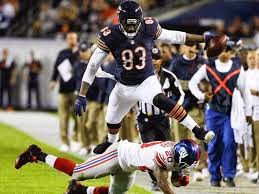