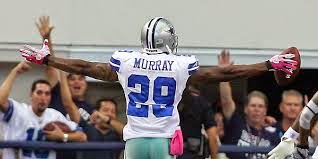 As has been the case for the last several weeks, DeMarco Murray claims the top spot on our totem pole. Murray has been an absolute beast this season, and it hasn't hurt that the Cowboys are giving a league leading amount of touches. Nothing too exciting or surprising going on here, so lets move on to the @SportzGuruz number two down the pole...
Le'Veon Bell. Bell exploded last week for 3 touchdowns and 235 total yards, and shows no signs of slowing down against a Falcons defense that has given up boat-loads of fantasy points to running backs this season. Bell is primed for a huge week, and should grab you 25+ fantasy points this week for the fantasy playoffs! Start him with full confidence and watch your team rocket to the championship on Bell's back. Another name that might have back-to-back huge performances is C.J. Anderson. Rumours have begun surrounding Peyton's health, and regardless if there's any truth to them, the Broncos will want to save Manning for the playoffs, meaning using more of the run game whenever possible. Anderson has been more then solid, topping 150 all purpose scrimmage yards in multiple games, and then busting out last weekend for 3 scores. The Broncos seem set on handing Anderson the rock over and over again, which greatly agrees with him and fantasy owners. Start C.J. with plenty of confidence and expect 18+ fantasy points this Sunday. 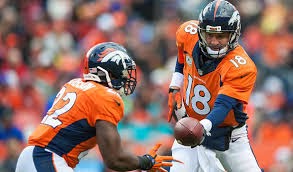