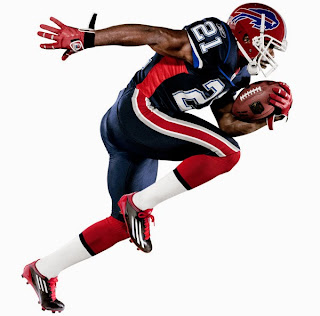 With Demarco Murray on bye this week Arian Foster limps his way to the top of the list. Though he has been banged up a lot of the season he should be in good shape coming off his bye and has a nice match up against the Cleveland Browns. He should have no trouble rushing for at least 100 yards and a touchdown, he has been a force the entire season and this week should prove to be no different. Next on the list is Matt Forte, he is coming off a bad week where the entire Bears team fell apart against the Packers. There is no way they will be as bad against the mediocre at best Minnesota Vikings and I expect at least 80 yards rushing 60 yards receiving from the dual threat superstar. After Forte my next best running back is Marshawn Lynch, coming off a ridiculous 4 touchdown week. He has a tough match up against the Chiefs who have yet to allow a rushing touchdown all season, but I think Marshawn will be the one to finally put an end to that impressive streak. Chalk up 100 yards and a touchdown in what will be another strong performance from Beastmode. Lastly my top player in the bottom half of the rankings is Patriots running back Shane Vereen. The matchup against the Colts could not be any more perfect for Vereen. He is their passing downs back and is a fantastic receiving threat out of the backfield so he should be on the field a ton as the Patriots will need to throw a lot to keep up with the high powered Colts offence.
Posted by Unknown at 5:52 PM