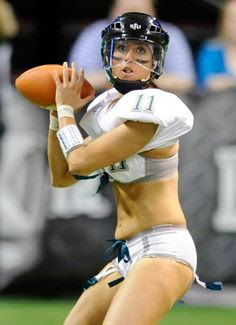 Is there really any surprise here, as Peyton Manning has reached or exceeded his fantasy point projections in 8 out of 9 weeks.  He is a God playing among mere mortals, and that's all there is to it. He will remain at the top of our rankings list until he either gets hurt, or the Broncos fall apart around him. Next down the pecking order this week is the Mustache-Man himself Aaron Rodgers. He's healthy, his top receivers are all healthy, his o-line is solid, and he has bucket loads of talent. Rodgers is sure to dominate this week, so let him loose on your rosters and watch the magic unfold. As for this weeks intriguing low-rider, I'm going with Cam Newton. He's been inaccurate lately, and his main wideout (kelvin benjamin) has been dropping touchdown passes right, left and centre, but he really is superman when it comes to quarterback talent. He can breakout for a huge run at a moments notice, or burn you deep down field with a blazing pass. It's just a matter of time before the Panthers offense finally starts clicking, could this be the week? I say, MAYBE! However the biggest surprise name that just barely made it into our top 15 is the Butt Fumbling Mark Sanchez!!! He's earned the starting gig down in Philly after Nick Foles was pronounced out for 6-8 weeks with a broken not throwing clavicle. The Eagles offense is so point hungry, that not even Sanchez can can screw this up, thus allowing for Sanchez to hopefully easily score 15+ fantasy points.
Posted by Unknown at 2:33 AM