Its time for our all important Kicker rankings, woohoo!!! This week we have Adam Vinatieri topping our list. The Colts are playing the very weak Jaguars, and are playing at home which means indoors. Vinatieri should have no problem netting you 13+ fantasy points. Next up we have Stephen Gostkowski playing for the high powered Patriots offense. Last week was a mere bump, 6 points on 6 PAT's, he should get at least a few chances to kick a field goal this Sunday. Honestly kickers are important, but as long as you own one on our list you should be good. 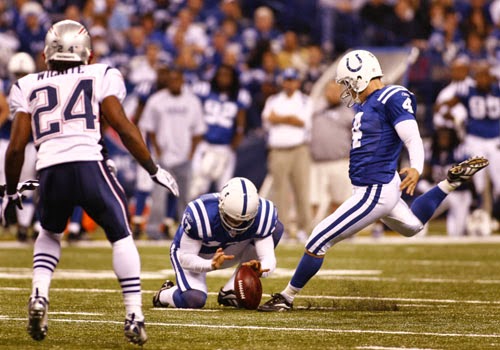