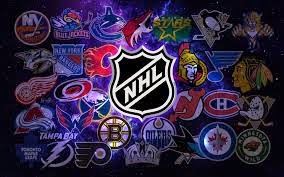 The time has come to rank one of the most important positions in real and fantasy hockey, the Net-minders, otherwise known as Goalies.  On your fantasy hockey teams, goalies account for usually half of the matchup categories and more often then not make or break your weekly games. In the real world they are the very last line of defense, tasked with stopping the magical rubber puck from hitting the frozen mesh at all costs. To own a top skilled goalie in fantasy is often not enough these days, as you need to pick the goalies that not only are good on their own, but that are also on teams that provide goal and defensive support in order to get the elusive wins. Some goalies can have great puck-stopping abilities, but if they are stuck on a team going nowhere, then their fantasy value plummets. All will be explained later on, now let's get to it!!!

Carey Price finds himself at the top of our goalie power-pole rankings, and rightly so. Price has been THE main reason Montreal is doing as well as they are, having 27 wins, 4 shutouts and a goals against average of 2.03 to go along with a .933% save percentage. He continues to rack up "Star of the Week" awards as well as monthly MVP's, and shows no signs of slowing down. As long as the Habs continue to put points on the board, Price should have no problem keeping them competitive in every single game he plays, right on into the playoffs. Coming in a distant second on our power-pole is none other than the past king himself, the great Henrik Lundquist. The Rangers puck stopper has been absolutely stellar this season, but especially so over the last 30 days posting 7 wins, a 1.96 goals against average and a .943% save percentage. Last season the New York Rangers relied solely on Lundquist to win almost all of there games, but this year is a whole different story as they have been scoring goals a plenty and aren't half bad on defense too. His pure amazing talent now mixed with a solid team playing behind him, the King has returned and is very deserving of his number two ranking.

remove photo
The two goalies I really want to talk about is Corey Schneider(#8) and Steve Mason(#9), who both managed to sneak into the top 10 in RotoMags Top-20 power-pole rankings. First let's talk about the net-minder you should target as a must have for the rest of the season, New Jersey's own Corey Schneider!!! Trade for him now if you can, as the workhorse is finally starting to get the Wins to go along with his fantastic stat lines. On the season, Schneider boasts a 2.36 GAA, .922 SV% and 17 wins, pretty good stats, however in the last 30 days he's put up 4 wins, a meagre 1.87 GAA and .940 SV%, all fantastic totals! As the Devils begin to pick up steam and mesh better with each other, the better the defense will play and the more goals they will score. Corey is the workhorse goalie and hold the league lead for most starts thus far this season, so don't worry about his playing time as he will start almost all of New Jersey's games. As long as he keep up his current level of play, which he has shown throughout his entire career, he should keep on climbing the ranks and I predict he ends the season in the top five. Grab him now if you can, expect to give up a medium amount but it is well worth it. The other really enticing buy low/high ranking goalie is none other then Steve Mason. Mason has had an up and down career, and being stuck on a team like the Flyers really doesn't help matters, but last season he managed to put up fantastic totals and provided top tier fantasy goalie support. The big question at the beginning of the season was would he repeat, or fall back down to his old ways, and for the first little while he was mediocre at best, goal-tending for a lousy team, and not winning many games. Then he got hurt, and since he's come back seems to be lighting things up, and is actually carrying the Flyers to victories. On the season his stats are ok like I said, he has a mere 11 wins, a 2.32 GAA and a .924%, but it's the last 30 days we really want to focus on, which have been dazzling. In the last 30 days Mason has amassed 2 shutouts to go along with 5 wins(half his win total), a 1.15 GAA and a .968%!!! Mason should and is highly undervalued in fantasy hockey right now, so get in on the ground floor of the Steve Mason experience, as his stock should start to soar. Trade and or pick him up anywhere and everywhere you can as he should continue to put up great numbers and the Flyers seem to finally be winning. I project Mason to keep his top-10 placement for the remainder of the season, going no higher then 7 or 8, but definitely in the top-10!!!
TOP-20 GOALIES

remove photo
The following players have been omitted from this edition of RotoMags Goalies Power-Pole Rankings due to their designated reasons: 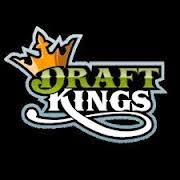 USE OUR RANKINGS OVER AT DraftKings CONTESTS
FIRST TIME IS FREE:
DRAFTKINGS CONTESTS

USE THIS LINK FOR AN EXCLUSIVE
"DOUBLE DEPOSIT BONUS"

OR USE THE RANKINGS AT FanDuel:
FanDuel FANTASY HOCKEY
Posted by Unknown at 1:24 PM 1 comment: